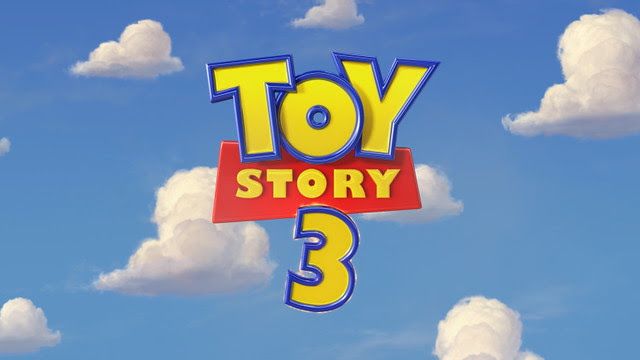 I don't have a lot to add to what I said last time I watched this. I'm impressed again by the economy of the script and how it pays its due to the themes and relationships of the first two films. There isn't a single beat that happens just because it "has to"; everything comes first and foremost out of character.

To rehash: The first Toy Story movie sets up a world of sentient toys and their relationships to their kids, and challenges its two heroes by having them compete for position of alpha, all while teaching them the nature and value of being a toy (and not a real space ranger, or cowboy, etc.). It's clearly a story about new toys and favorite toys -- that is, it's about a toy's novelty. The second movie considers the nature of toys as collector's items and mass-produced consumer goods, and it challenges and threatens the characters' idea of what they think a toy should be. It's clearly about the middle-stage of a toy's life and about lost toys -- that is, it's about a toy's legacy. And here, in part 3, we explore what happens when toys aren't wanted anymore, we challenge the faith and loyalty toys put in their kids, and we deal with some hard truths about the finite nature of love, youth, fantasy, and devotion. It's clearly about the final stage of a toy's life, retiring, moving on, and being forgotten; it's about the finite lifespan of things, even if those things are cyclical -- and so, if Toy Story is about novelty, and Toy Story 2 is about legacy, then Toy Story 3 is about a toy's mortality.

I put this on after a discussion of how dry the year has been. There's been a good number of good films, but a dearth of great ones. Not many have risen above in that way where I can pretentiously say, "Wow, now this is cinema." What I mean is, not a lot of films feel like they'll be discussed ten years from now. The Social Network maybe, and on a smaller scale films like Winter's Bone and The Ghost Writer. And then there's Scott Pilgrim and, of course, this film -- which led me to say, only half kidding, "Hell, maybe Toy Story 3 really does have a shot at the Best Film Oscar this year." (In truth, I'd put my money on The Social Network, but nothing feels remotely like a lock.) So I watched it again. It's certainly worthy of a nomination, though it feels weird to reward a part-three of anything, even one so goddamn strong. (Though it wouldn't be the first time.) Anyway, it holds up to a second viewing, without question, and actually moves a lot faster than I remembered. In fact, it kept my attention long after when I should have gone to bed.
By travis ezell at 2:10 AM

The idea is that if I keep a record of every single film I watch, my joy of dumping more useless opinions onto the internet will encourage me to watch more movies, and everybody will win. The results are mixed.
Originally I promised myself I'd keep it short (hence the title), but who are we kidding? The end result is an unedited rambling first-impression stream of consciousness. More often than not this blog is the place where I "think out loud" about whatever film I've just seen.
This is not intended as any kind of intelligent critical discourse beyond that -- just initial thoughts. You won't find masterful essays here and these entries are definitely NOT to be mistaken for "movie reviews."